For anyone involved in the dairy industry, this question might have a very clear answer. Milk is, after all, the entire basis of the industry. However, what is it that makes milk such an important aspect of human life? What is it actually made of and why do we drink it?

In the simplest possible terms, milk is a liquid food that mammals produce for their young to drink. It is packed with vitamins, minerals and provides an important source of antibodies for the growing offspring. Mammals are the only animals which can make milk. It is such a defining characteristic, that the word mammal comes from mammary glands, which produce milk. Even the bizarre monotremes – the small group of mammals which lay eggs – lactate.

Evolving the capacity to make milk allowed mammals to give their offspring greater support one they were born. Subsequently, this increased parental care meant that the offspring had a better chance of survival. This was true, even when they were not well developed enough to cope on their own. In humans, this is especially pronounced. Human babies are some of the least well-developed mammalian young, and require support for many years. Compared to herd animals like deer and horses, whose young are able to run within hours of their birth, we’re very much the poorer cousins!

The very first milk a mother produces when her baby is born is called colostrum. This is especially valuable to the young offspring, as it contains lots of antibodies. This then helps the young animal or baby to build up its immune system.

Milk is an emulsion of butterfat molecules floating in a water-based liquid. An emulsion occurs when a two substances that normally wouldn’t mix, in this case, fat and water, are combined. In milk, each globule of fat is surrounded by a membrane of phospholipids, which keep it from completely separating. It also contains lots of minerals like calcium, potassium and magnesium, and various vitamins. Combined with a high protein content, this provides the perfect food source for growing infants.

Lactose is the primary form of sugar in milk, and can be difficult to digest. Whilst mammals are young, they are able to produce an enzyme called lactase. This allows them to break down lactose and digest it. For the majority of mammals, this stops once they reach maturity. In humans, sometime in the last 10,000 years or so, we evolved the ability to keep producing the lactase enzyme into adulthood. This allows us to keep drinking milk and get the nutritional benefits. Lactase persistence is not universal however, and that is why many people are lactose intolerant and can’t digest dairy products. With advances in technology, we are now able to artificially remove the lactose from dairy products. This is usually done by adding lactase enzyme directly to milk. As a result, even lactose intolerant people can enjoy dairy products.

A brief history of milk

It’s difficult to know exactly when dairying first started. Archaeological evidence shows that people started processing milk fats into cheese at least 9000 years ago. Back in the Neolithic era at the tail end of the Stone Age, most milk came from sheep and goats rather than cows.

As historical lactose intolerance was common at the time, people didn’t tend to drink milk straight. Instead, they made cheeses and butters. Processing the milk into cheese greatly lowers the lactose content – bacteria consume it as the cheese ages. Similarly, butter has very low lactose. This, though, is because it is made using just the butterfat, which does not contain much lactose.

Until big cities started to become the norm, large dairy farms were not commercially viable. Most people who drank milk would either have their own animals, or would get their milk locally from small producers. During the 1800s, dairy farming began to take off. As the industry grew, so did our understanding of dairy science and technology.

From humble beginnings, the dairy industry is now huge. It is now the top most valuable agricultural industry in the world. Financial forecasts predict that the industry will be worth around $1,030 billion USD (£730 billion) by 2023. There are over 270 million dairy cows across the world and the vast majority of demographics consume dairy products. Drinking milk has major health benefits, from increased calcium and stronger bones, to better heart health. As a source of complete protein, it is also an extremely useful and relatively cheap food source. 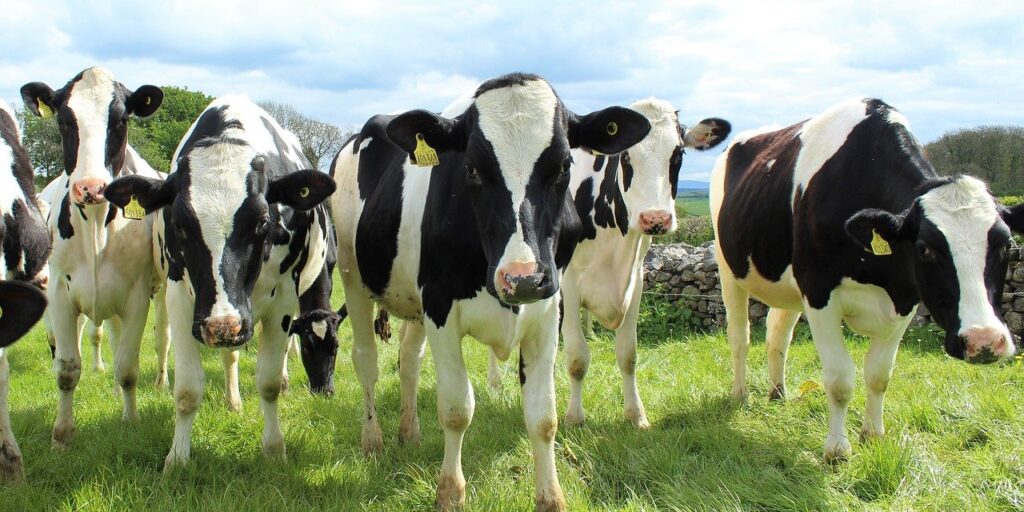